The Beauty Of Car Auctions: A Real Goldmine Few Know Of! Here Is How To Use Them To Make Easy Cash On Demand 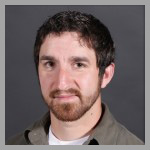 So you want to flip cars. Well, you can either be in London, England the next time there’s a big “football” game, or you can attend an auto auction. And I only say England because they have riots.

That choice is completely up to you.

To be honest, you can do both. But when it comes to the latter, you won’t have to worry about being in jail. When you aren’t in jail, you need money. When you need money, you can flip cars.

There’s actually not much to it.

And by it, I mean using auto auctions.

It’s a straightforward process that can make you a quick four figures, what with Craigslist, eBay and all. If you’ve never thought about it, here’s your wake-up call and manual all wrapped into one easy-to-grasp ball.

When it comes to live auto auctions, there are two kinds. The first is the dealer auction. Don’t go there; it’s full of people you are trying to avoid.

The second is a public auction. That’s exactly where you should be. In fact, it’s the only one of the two you can attend. But just between us, prices tend to be less expensive at public auctions.

So they’re easy to use, but what makes a car auction so great?

The first thing is the deals. Forty percent below retail. Enough said.

At least not from a car salesman.

The third are the gold mines of cars you will find. It’s not uncommon for auctions to have over 200 cars to bid on, all from a variety of sources.

You could get the shiny, repossessed Toyota of a guy who couldn’t pay for it. Or you could get a Benz from a guy who lost it to back taxes. Heck, you could even have a vibrant-colored Cadillac that belonged to a (former) drug dealer. Used government vehicles frequently make appearances as well.

Really, it doesn’t get much simpler than the world of auto auctions. Flipping cars for profit comes down to three phases.

In other words, before, during and after.

Find the auction and cars

A simple Google search with the name of your city (e.g. Cleveland) plus “public car auctions” should get you started. Any major cities will have at least a handful. Many lots hold auctions on a weekly basis with entirely new sets of cars.

You’ll errantly come across online auctions as well. If they mention “shipping,” move on.

If that online search doesn’t pull anything up, check your spelling (and then move out of Savannah, Georgia). Or you could call your local police station. Their used vehicles likely go to car auctions.

Check out a handy online resource like Gov-Auction.org if you are desperate or would like even more choices.

Next, you want to find the goods. You should be able to find a listing of the cars, among other things. For a quick turnover, look for cars that meet these criteria:

Find some, and then figure out how much those cars should be going for (aka their trade-in value). I like three sites to figure this out: Kelley’s, Edmunds.com and NADAGuides.

Take the three numbers, give them to your fifth-grade son and tell him you need the average by the end of the day. Check his decimals, and since it’s an auction (the price should be lower), take forty percent off that price.

Come prepared, and that’s exactly how much you’ll pay.

What to expect at an auction

You need to have at least $1,000 on you, or be able to pay that with a card. Know your options beforehand.

The money is for the down payment you need to pay immediately upon buying a car. Or you can buy the whole car, depending on how you feel about procrastination.

During the auction, you’ll have to pay attention to four terms that will be given in regards to the car. They’ll provide additional information to help you make your best decision. In order of safest choice to most dangerous:

Good Operating Condition means the owner is giving you his word. These are the best people to do business with. If you haven’t already learned that, there you go.

No Title only means that the car you are buying is titleless for now. Auctions can deal with banks in other states who might take their time waiting for you to give them money. Whatever the reason, you usually get your title in days. If you don’t get it for 30 of them, there’s a refund in it for you.

Something is wrong with the car, and the owner wants to tell you. That means there is an Announced Condition. You know the condition. If you know how much it is to fix the condition, good job. If not, walk.

As is means the owner doesn’t want to tell you anything about the car. Unless you are a mechanic, or have one with you, you might as well leave your wallet on the ground.

Even if you know the defects, do a thorough check of the car. That is, sometime before it goes up for auction. Here is a brief rundown of what to check for:

Budget some money for small repairs. Few cars will come perfect. But most shouldn’t need more than $500 to get to great mechanical condition.

But what if you do buy a clunker?

First of all, the odds of that aren’t great. Most cars are run through an inspection before hitting the auction block. Though, instead of dropping it off in Grandma’s backyard for the next 6 weeks, you can give it back and have the same car auctioned off again immediately.

It might be at the pain of a few hundred dollars, but still a low risk.

Once it’s all said and done, this might seem like the easy part. Provided you get the right car for a short stack of cash (almost never fails).

Using Autotrader or Craigslist, see what the retail prices are for your new car. Once you are “in the know” on what they sell for in your area, there are two ways you can price it.

If you have the time, put the car up for $500 to $1000 more than its going price. That should be two or three thousand more than your buying price. On a car with extremely low miles, that could still be a little low.

Meet some new people, wait it out, and sell at your price.

In case you want to sell it quick, go closer to the retail value. For example, if most 2005 Civics are being swapped for six grand, go a few hundred above that. If you’re really in a hurry, you could even go a hundred below that.

If the car doesn’t go in a week, think about dropping the price. In the best scenarios, you can earn an extra four thousand.

But just make sure you’re aware of how many cars you can sell before you need a license. The number is different from state to state. In California, for example, if you sell one car “with the intent to make a profit,” you could be breaking state law.

It sounds stingy. The rules are often lax, however.

If every car you sell is in your name, you won’t exactly be on The Man’s radar. Stay somewhere in the area of six a year. Still a nice chunk of change if you can make $2000 on a vehicle, and that’s the low end.

Although, if you want to become a dealer and be allowed to sell unlimited cars, all you have to do is pass a test at the DMV.

But then you also have to deal with zoning laws while getting a location. And then you’ll have to give donations to the DMV. And then…

Forget it. The point is to make money.

And via auto auctions, it’s not hard.

P.S. A GREAT website to access over 4,000 car auctions with prices is gov-auctions.org. They got auctions NOT searchable elsewhere on the Internet and as you will see on their website it’s not dream to get cars at up to 95% off their real price (sometimes making $8K-12K in pure profit!).