“How To SLASH Your Electric Bill By 55% Or MORE (Actually…Less Than 10% Of People Put This Fantastic Method To Work!)” 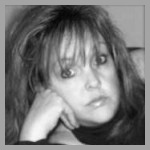 I am a Phoenix native; born and raised. If you aren’t familiar with Phoenix weather in the summer, let’s just say that my daughter learned to count to one hundred and twenty when she was still in her play pen. There were thirty three days last year (2011) where the temperature was over a hundred and ten degrees.  This does not a low electric bill make.

Remorseless Phoenix heat aside, the electric bills go up for everybody in the summer; in fact, energy costs are on the rise no matter what the season. Since most of us like our money to go places other than the electric company, we need to find ways that really work to keep that money in our pockets.

My guess is that you don’t want to have to spend a lot of money replacing appliances, etc., to lower your electric bill; you would like to just save the most money that you possible can every month and want to know how. If you’re up to breaking some (simple) old habits and acquiring (simple) new ones, I’ll show you how, and you will be very happy with your electric bill next month. And the month after and the month after…

Let’s take it one step at a time.

Before you do anything, have your house inspected.

Have you been in a room in your home that feels drafty and when you check one of the windows, there’s a teensy bit of air coming in the where the window is sealed? You have just found an energy-waster.

An energy inspection doesn’t have to cost a lot. Some electric companies have contractors that can be hired for around a hundred bucks, with some stipulations. Check with your electric company to see if they have a cheap home assessment contractor, or have them recommend someone who can.

The cost for fixing problems that the inspection exposed can vary widely. There are programs that have duct test and repair rebates; do some research online or talk to someone in your community to see what you can find out.

The inspection will also point out other energy savers, like upgrades; for instance, did you know that if you upgraded from single-pane to double-pane windows that you could save $600.00 and up per year?

Okay, now the fun stuff! Since I don’t know what your electric bill runs, let’s use a $300.00 electric bill as our base, and go through all of the tips. How can we control how to slash this nightmare of a bill?  At the end of the article, we’ll add everything up and see how much we saved.

Air conditioning accounts for at least sixty to seventy percent of your bill, sometimes more.

Tip #1:  Set your thermostat at 79 degrees or higher (I try and keep mine at 80 degrees). For each degree that you raise your thermostat, you will save 2 – 3 percent on the cooling part of your electric bill. Here’s some air conditioning math for you:

Tip #2:  Use ceiling fans. Because they keep the air circulating, it’s automatically cooler in whatever room a ceiling fan is in; this can help you raise the thermostat an easy two degrees (at the least) and you’ll stay just as cool. (Don’t forget to have the fan spinning down so that it’s cooling the room and not the ceiling.) According to Supercheapelectricity.com, if you have multi-speed reversible fans, this will save you around $5.00 per month for two occupied rooms.

Tip #3:  Close the vents in the rooms that you aren’t in very much or don’t use. I went to get something in my downstairs bathroom the other day, and it was freezing in there! The only time it’s used is when people come over, which makes it a big waste of air conditioning. I closed the vent, thus directing the air into the living room, where it was a bit hot. Nowadays (thanks to re-routing the air), not so much.

(Note: Don’t close more than two vents on your ground floor. Air conditioners release the cold air to every vent. If too many are closed, then the continuance in rushing air will put extra pressure on the ducts, creating leaks. The duct work is hard to access, so you won’t even know if/where you have leaks. Now not only is your bill higher, but you have the added cost of calling someone to check and fix the duct work.)

Gee, the heater is a hog? What a surprise. Your heater can account for thirty to forty percent of your bill, if not more.

Tip #2: Turn the thermostat down to at least 68 degrees; lower it more at night. Once again, every degree that thermostat is lowered full time, you save 3 – 4 percent on the heating part of your bill. If you lower your heater another ten degrees other different times (like when you go to work or when you go to bed), you can lower the heating portion of your bill by another 14 percent. Thus, if you have kept your heater at 72 degrees and lowered it to 68 degrees, and at night you lowered it another ten degrees, the math would look like this:

Tip #3: Keep yourself warm. Ya think? It may sound like a no-brainer, but if you are warm, you won’t need the heater as much. There are all kinds of new gadgets that you can use to keep yourself warm, like a neck warmer that uses a rechargeable lithium battery or battery-charged hand-warming gloves, just to name a couple And put some (more) clothes on! Lots of layers mean that you can raise the thermostat.

Pretty easy to save energy with these…

Tip #1: Wash your clothes in cold water and/or turn the temperature down. Ninety – yes, ninety – percent of the energy used in washing one load of clothes goes to heating the water. If you aren’t heating the water, you are lowering that percentage to – well – nothing.

Tip #2: Line-dry your clothes. I told you that you were going to have to adopt some new habits that you may not like. I hate line-drying clothes!  But a dryer can account for up to 18 percent of your electric bill. I know people who swear by line-drying clothes: A friend of mine said that since she gave up using the dryer, her bill has been about a third less than it used to be.

Tip #3: Change the filter in your dryer after every load. Same principal as the air conditioner. When the drier filter is full of lint, it blocks the air flow – something that is pretty important in driers, wouldn’t you think? If the air flow is blocked, then it takes a lot longer to dry your clothes, hence more energy, hence a higher bill.

Actually, this appliance can be the second biggest hog next to the air conditioner.

Oink, oink! This is a big one.

Tip #2: Take showers instead of baths and keep ‘em short. Baths use almost twice as much water as a shower does. And make your showers shorter so you don’t use as much hot water. (Duh.)

Tip #3: Keep the temperature of both showers and baths down. This is a drag in the winter, but you’ll survive. (Another habit you have to get used to; sorry.)

(On a side note, you can recycle them, too.)

Okay, this is a biggie – it’s like the sleeper of the energy savers: One single CFL light bulb can save you $28.00 per year. One. Just one. Let’s say you have one light bulb (just one) in the living room, the kitchen, one bathroom, one bedroom, and one porch light. That’s just five light bulbs (and you know you have way more than that). This is a total savings of (drum roll, please): $140.00 per year, or $11.70 per month.

One added bonus: One bulb has an average life span of five years.

Okay, that’s all I’ve got for now. Let’s add the up the ones I calculated:

That, my friends, is a savings of fifty seven percent. And that doesn’t count the rest of the list.

Think of this: By implementing only the tips that were calculated, you have $171.00 extra this month. To celebrate (this one month only; you don’t want to defeat the whole purpose), take a short trip to the mountains, take a weekend and go stay at a hotel, go out to dinner, see a movie …do something! You deserve it after all of the hard work you put in to saving money on your electric bill this month. So just take some times and do it!

And don’t forget to turn out the lights.

[Editors Note – Who doesn’t like tricks? Especially when they are a bit crazy and ESPECIALLY when they save us money (and quite a lot!). We found this video which we though you and probably anyone you know might find quite useful

This guy not only found a neat method (anyone can build it) to cut your bill by a further 75% or more…BUT also a “loophole” you can use to get the electric company to pay you cold hard cash. You can watch it by clicking here.