Got A Car? Want To Sell It At A HIGHER Price Than What It’s Worth? Easy! 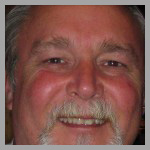 Since the days of the old ‘Wild West’ horse traders, modes of transportation have been bought, sold, traded and yes, even stolen!

The need for mobility has and always will, involve the buying and selling of ‘modes’!

Have you ever contemplated how many cars there are on the roads?

And at some point, each and every last one of them has been bought and sold!

So, just who is selling all these cars that seem to always be in our way?

EVERYBODY… sooner or later!

There are car sales people who make a living at it (and some who don’t!);

There are car restorers who either do it for a living or as a sideline;

In a car deal, no different than any other deal, there are two sides to the negotiation; a buyer and a seller.

This article is tailored for the seller.  The buyer, for the purposes of this conversation, is the opposition!

There’s a little bit of my personal experience and insight, also.

When getting rid of a car, if you just want to get rid of it, give it away!

If putting a few bucks in your pocket in the process sounds appealing, read on!

A – As appropriate as ‘ADVERTISE’ would be for step ‘A’…it isn’t.

We could say it was ‘APPEARANCE’, but that would only be a part of it.

It is PREPARATION.  Or, getting the car ready to sell!

Put yourself in the shoes of the buyer for a moment.  Would you be excited about paying top dollar for a car that was in less than top condition?

The first logical step then would be to make the car just as close to like new as possible.  (The key concept here is ‘as possible’.)

…hence, as close as possible!

But it’s normal for a car this age to have some quirks, right?

And a normal car brings a normal price…or less!

(You might wanna recheck the title of this article!)

Once you (and likely a mechanic and perhaps even a paint & body shop) have completely ironed out the wrinkles, the visible ones and the ones under the hood;

Start a tally sheet and write down exactly what you spent for the repairs.

(Keep the tally sheet handy through-out the process, we’ll add to it!)

John up the street has one he’ll let go for cheap.  It’s only a couple years old and   it seems to work just fine!

Never mind the grime around the handle, the ‘beer plaster’ in the bottom, the dent in the door from when Mary threw an iron frying pan at him (and missed) and its missing a shelf!

Across town, you’ve spotted one that is 9 years old and dang if it isn’t the same model as John’s!

But, it’s in as perfect condition as can reasonably be expected…and it’s three times the price of John’s ‘El Cheapo’!

Which will you choose?

“Then as bad and nasty as that one is, it’s probably perfect for you!”

(A car salesman shared that as his sarcastic comeback to someone wouldn’t hook up on his much nicer model!)

Well, actually  the dealers have a detailer create the silk purse for them!

They want to present each vehicle as something a prospect would want to own! Inside and out!

Be it a clunker or a show piece, before it hits the lot, it has been ‘renewed’ to its maximum, reasonable potential! Mechanically and appearance-wise!

The under- carriage, the wheels and wheel wells, under the hood, the driveway, the eves of the house…

After you’ve done all you can to make the car as pristine as possible, take it to a detailer;

…if for no other reason than to have him envy your work!

If you’re willing to let someone else have all the fun, drop the car off at a professional detailer for a day and plan on spending $50 to $75’ish.

Here’s a neat little trick I picked up from a used car salesman; while you’re out & about, pick up the cheapest vinyl garden hose you can find…

Cut a couple of eight foot sections to coil up and put under each front seat for that‘new car smell!’

That’s worth at least $50 on the tally sheet!

Before pricing the vehicle (which we’ll get to) it needs to look its absolute best!

Your car is no longer normal!

‘B’ – Be generous to yourself!

If you still want to sell it…(she’s looking pretty good about now, huh?)

Despite seeming ‘new-like’ she is a year or few old!

The chances are astronomical that an informed buyer will check!

Now DOUBLE it …every dime …and tack it onto the bluebook!

“IS THIS GUY CRAZY?”

Perhaps, but that’s beside the point!  We’re selling a car here!

Crazy is good!  I hear some of the old horse traders were certifiable!

Absolutely!  You are FEARLESS!

Will you get every cent?  Probably not, but you have to start somewhere, right?

Here’s a quick, and true story that may ease your mind:

I remember an encounter at a dealership as a kid.  I was with my dad while he was shopping for a new pick-up truck.

As a salesman approached with a smile and an extended hand, Dad, a very matter-of-fact fellow, asked,

The salesman was cucumber cool when he laughed and replied,

“No sir, absolutely not…but in case you were, I didn’t wanna miss you!”

Three hours later, we had a new truck!

The salesman had cleverly established a starting point with gracious headroom!

Bump that price! You just might meet a dummy…or at least, you’ve left yourself some wiggle room!

Everything to this point has all been prerequisite.

It is brass tacks (or brass something!) time now!

Are you sure you still want to let it go?  Okay, if you’re sure…it’s game on!

Post an ad in whatever medium you choose…or several!

Craigslist, Auto Trader, what have you.

I MUST SELL and YOU MUST SEE!  (It’s good if they think you’re desperate to sell!)

The purpose of your add is to do one thing and one thing only! To get a potential buyer on site to look at your car!

You will not sell it over the phone!

Give as little info as possible on the phone and set the appointment!

“You’ve GOT to come see this one!”

“It may well be exactly what you’re looking for!”

“Well how much IS the darn thing?”

“I’m looking for the best offer I can get!  I’ll tell you this much, I’ve turned down (quote barebones bluebook price)”

“Are you looking for an awesome car or a cheap car?

…because this car is IMMACULATE!”

(And by now, it dang well better be! Though all’s fair in love, war and horse trading…NEVER misrepresent!)

“This one might change your mind if you saw it! Can you make it by around 6…or would 7 work better?”

“Well, I do understand. Thanks for the call and have a nice day.”

NOTE:  At a car dealership, mishandling a sales call can be grounds for reprimand!

Don’t lose the deal over a few bucks, you have ample wiggle room! But don’t give the car away!  You worked too hard getting it ready!

“So, how much you gonna knock off for those parking lot dings on the door?”

“I took that into consideration when I priced the car and held back about $100 for that very reason!”

And you are FEARLESS, remember?

The prospect wants to work you down and you want to hold as firm to your price as you can!

If it comes to an undeniable stalemate, don’t be afraid to say,

“Thanks for coming by!”  We are in this for profit, right?

Let the person walk. There will be others!

Unless you’re working for a dealership!

“Well, how bout you go find that tire kicker and bring him back so I can talk to him? …and don’t come back without him!”

An acquaintance/sales manager at a dealership told me;

“If a salesman brings a bare bones, give-away deal to my desk for approval, he had better duck because it’s coming right back at him…wadded up!”

(Whew! Thank goodness for paper!  Back in the days of chariot sales, did they write deals on stone tablets?  Yikes!!)

Dealerships must make a profit!

Holy Cow!  You finally found a real buyer and held a good profit!

Was it worth it? Sure it was!

Now that you’ve closed the deal, leave NO loose ends…

You’ve been paid, the buyer has the car, the paperwork is squared away…

You’re ready to pay off the loan (if applicable in your case),

And, he is entitled to the pink slip…

TIDY ALL THAT STUFF UP ASAP!